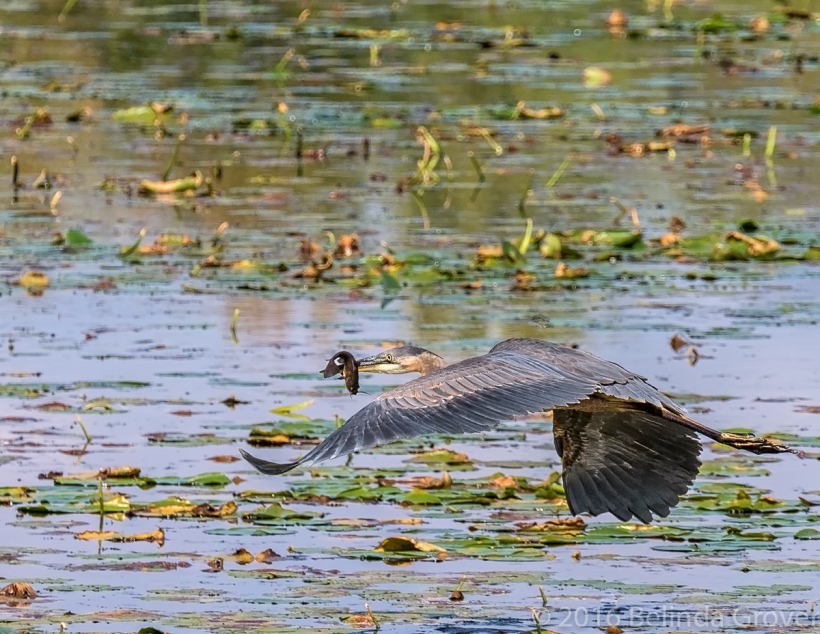 Two summers ago we had several Great Blue Herons at the reserve which was not the case last summer. In 2016 the water level was lower than this past year which made for easier fishing. The first heron is flying away with a catfish, the second is displaying a rather graceful takeoff. These herons are a pleasure to watch and photograph in flight or as as they stalk, fish, or preen, usually ignoring the photographer. 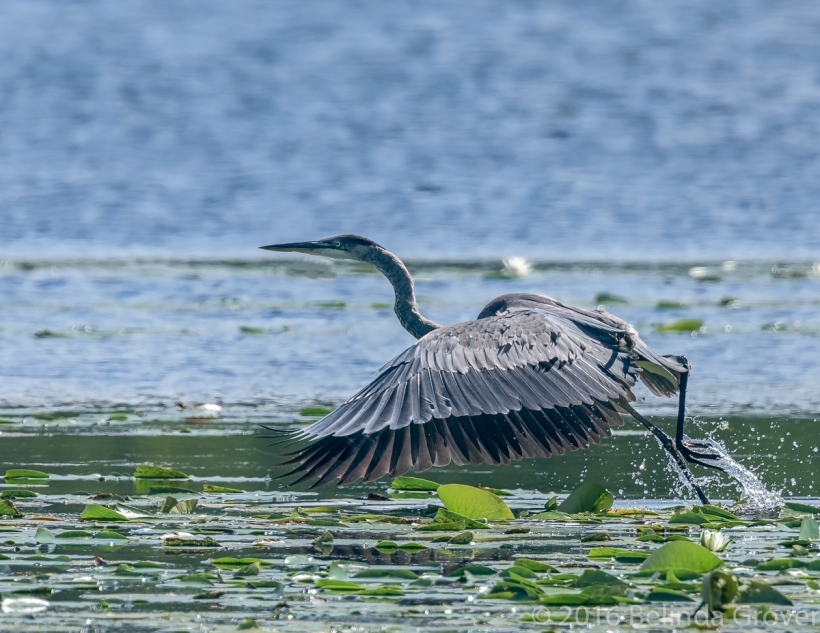 24 thoughts on “EYE ON THE PRIZE (TWO PHOTOGRAPHS)”

©Belinda Grover 2015-2022. Unauthorized use and/or duplication of this material without express and written permission from this blog’s author and owner is strictly prohibited. Excerpts and links may be used, provided that full and clear credit is given to Belinda Grover and Belinda Grover Photography with appropriate and specific direction to the original content.